U.S. military service members have access to a number of extensions, deferments, and other benefits when it comes to their taxes. 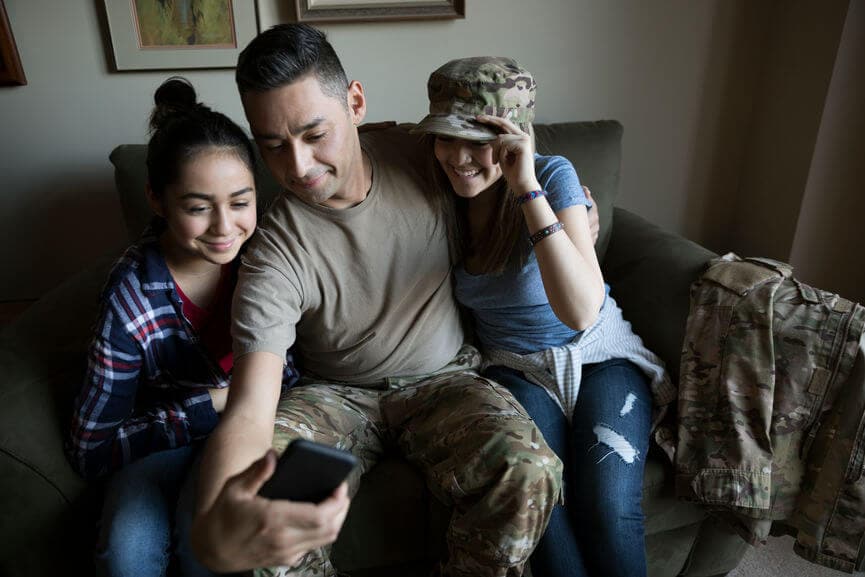 Which military tax return deadlines can be extended?

Members of the United States armed forces are often deployed outside of their home state or country when tax time rolls around. This can make it difficult to file a military tax return or make payments on time. The IRS recognizes this fact and gives many military and support personnel an extension on their tax deadlines.

Some members of the military, including those serving in a combat zone, can postpone certain tax deadlines.

If you're in the United States, you can get an extra six months to file a federal income tax return by submitting IRS Form 4868 before the filing deadline. However, if you owe taxes, the IRS will charge interest from the date the payment was due unless you make your payment by the original filing deadline.

Military members on active duty outside of the U.S. or Puerto Rico qualify for an automatic two-month extension — no need to file Form 4868. This pushes the filing deadline back to June 15. To receive this extension, you must attach a statement to your tax return explaining your situation and how you qualify. But, if you owe tax, the IRS will still charge interest and late payment penalties from the regular due date onward.

If you can't file by June 15, you can request an additional four-month extension using Form 4868. You may also be able to request an extra two-month discretionary extension, which pushes your filing deadline back to December 15. To request the discretionary two-month extension, you must send a letter to the IRS by October 15. The letter should explain why you need extra time to file.

The IRS will only send a response if it denies your request for extra time.

To calculate the extension, count 180 days after:

Add the number of days you had left to file when you began qualifying service.

For example, if you began serving in a combat zone on April 1, you had 15 days until the typical April 15 filing deadline. That means you would have 195 days from your last day of service to file your return and pay any taxes due, or 180 days plus the 15 remaining from April 1 to April 15.

As long as you pay your tax in full by the end of this deferral period, the IRS won't charge interest or penalties.

Combat zones are areas where the Armed Forces have engaged or are engaging in combat. Areas are designated as combat zones by executive order. Contingency operations are designated by the secretary of defense or by a call to duty that results from Congress or the president declaring war or a national emergency.

If you qualify for an extension, your spouse and dependents also qualify. You don't have to file a joint return; your spouse will qualify even if you file separate returns.

Contributing to an IRA

Responding to IRS notices and inquiries

Military members serving in a combat zone or contingency operation can also get more time to deal with IRS notices, including collections and audits. To request more time, return the IRS notice with the words "COMBAT ZONE" in red on the notice and on the envelope.

You can also prevent such notices from going out by emailing the IRS and providing your name, stateside address, date of birth, and deployment date to the combat zone. Be sure to attach an official document indicating your area of military operation. Don't include your Social Security number in the email.

Military service that qualifies for extensions

Members of all branches of the U.S. Armed Forces can qualify for these extensions, including:

Veterans and members of the U.S. Merchant Marines don't qualify for these tax extension benefits.

Other tax breaks for military members

Extensions aren't the only tax benefits the federal government provides for those who serve in the military. There are some other breaks you might find useful.

The Tax Cuts and Jobs Act of 2017 eliminated the deduction for moving expenses for most taxpayers, but not for active-duty military members.

Those who relocate due to a permanent change of situation can deduct unreimbursed moving expenses, including:

Members of the Armed Forces Reserve who travel more than 100 miles away from home for reserve-related duties can deduct their unreimbursed travel expenses from when they leave home until they return home.

Military members serving in a designated combat zone or serving in direct support of military operations in a combat zone can typically exclude income during that period from their federal taxable income, but not Social Security and Medicare taxes. This includes:

For enlisted members, the exclusion from federal income tax is unlimited. For officers, the exclusion is limited to the maximum amount of enlisted pay.  You can also exclude military allowances for housing from your federal taxable income.

Keep in mind that the rules for taxing military pay vary by state. Some states don't charge income tax on active duty pay, retired military pay, or survivor benefits. Some states follow the federal tax rules, and some cap the exclusion at a certain dollar amount. If you prepare your return in TurboTax, the software will help you take advantage of any state income tax exclusions you qualify for.

Simply start your TurboTax Online return and use your military W-2 to verify your rank, and your savings will be applied when you file if you’re eligible.

A Mechanic's Guide to Tax Deductions

How to Use Your Lyft 1099: Tax Help for Lyft Drivers

Self-Employed Less Than a Year? How to Do Your Taxes