Those who serve in the U.S. armed forces are honored with a number of benefits, ranging from education assistance to retirement. Among the perks are a number of steps to make filing federal income tax returns easier, as well. 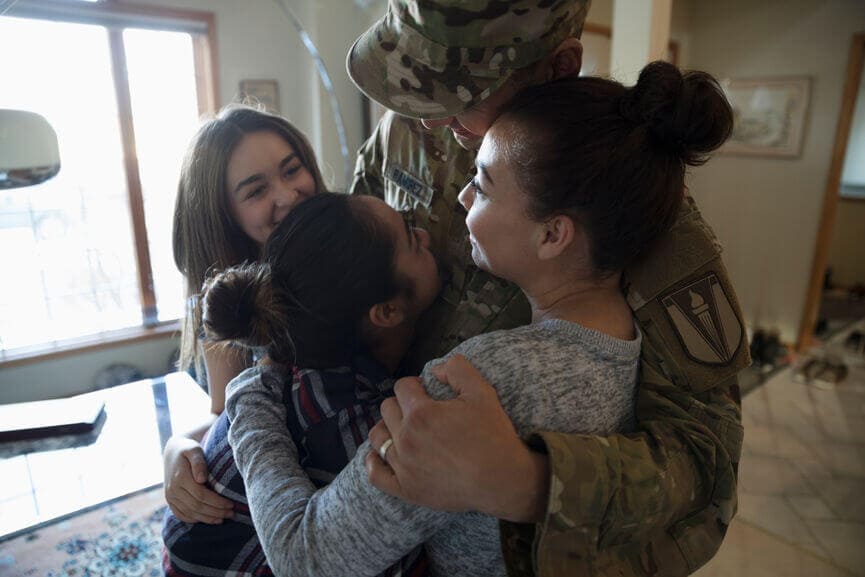 While most service members file the shortest, simplest tax forms, others must complete additional forms and schedules so they can take advantage of subtle differences in tax law pertaining only to service members.  Internal Revenue Service Publication 3, "Armed Forces' Tax Guide," details special tax situations for those serving in the Army, Navy, Air Force, Marines or Coast Guard.

Each branch of the military pays for the relocation of those members who aren’t married or don’t have families.  If the service member is married,  the government provides the vast majority of standard relocation costs. The rest can be reimbursed or deducted, depending on the situation.

Active duty service personnel who move themselves and their families because of a permanent change of station may deduct what the IRS calls “reasonable unreimbursed expenses” using Form 3903.

All branches of the military issue uniforms to their members that they are required to wear and provide them with a monthly clothing allowance for regular upkeep. For tax years prior to 2018, uniform expenses that exceed that allowance may be deducted as an unreimbursed employee expense subject to 2% of your adjusted gross income, if you itemize your deductions.

Because service members are not required to wear their dress uniforms, except for special occasions,

Beginning with tax year 2018, these unreimbursed employee expenses are no longer deductible.

Active reservists traveling 100 or more miles from home to reserve duty may deduct unreimbursed travel expenses, such as costs associated with lodging and meals, using Form 2106. They may also take the standard mileage rate for driving.

The military offers service members a civilian life transition program to help them prepare for life after the military.  Some costs—such as expenses for job-hunting—incurred during these programs for transitioning between military service and civilian life may be deducted.  Deductible expenses include those incurred for travel, resume preparation and job placement fees.

Service members who serve in a combat zone are allowed extra time without penalty to take care of their tax filing matters. The IRS offers an automatic 60 to 180 day extension for qualifying members of the military, especially those serving in a combat zone, for:

Even though the extension is automatic, military personnel are still required to submit some documents and forms to the IRS  in order to file for the extension.

Members of the U.S. Armed Forces who serve in combat zones may exclude certain pay, referred to as “combat pay,” from their income. The IRS allows enlisted members, warrant officers and commissioned warrant officers to exclude various forms of pay, including:

Commissioned officers also may exclude part of their combat pay, but their exclusion is capped at the highest rate of enlisted pay—plus extra pay for imminent danger or hostile fire.

Furlough vs. Layoff: What's the Difference for Your Taxes?

Tax Tips for Uber, Lyft, and Other Car Sharing Drivers