At the time of this writing, the only states that do not charge a state income tax are Alaska, Florida, Nevada, New Hampshire, South Dakota, Tennessee, Texas, Washington and Wyoming. If you live or earn money in one of the other 41 states or the District of Columbia, you may need to file a state income tax return by the filing deadline. It is a separate and independent requirement from filing your federal tax return and failure to file it on time may result in interest and penalty charges.

Several states allow automatic extensions of time to file your personal income tax return only if you first obtain an extension to file your federal tax return. However, in most cases, you must make a separate request for it by the filing deadline. Some states, like Massachusetts for example, don't require you to obtain an extension if you don't owe any tax. But just like your federal return, if you are due a state refund because of too much employer withholding, you will not receive it until you file. On the other hand, if you thought you didn't owe tax but actually do, you may face some additional penalty or interest charges. 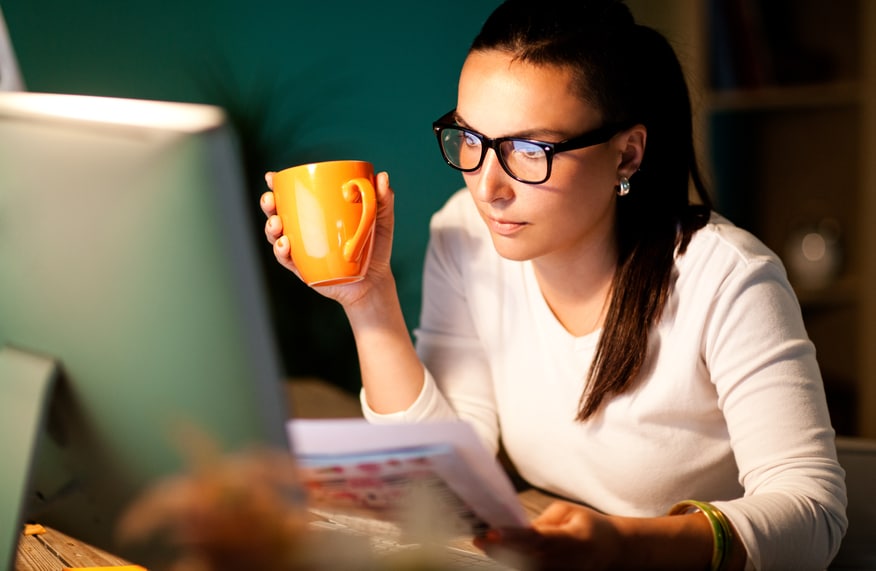 TurboTax Easy Extension makes it easy to file an extension for both your federal and state tax returns.

Filing after the deadline

If you fail to file a state income tax return by the due date, it's still better to file late than to not file at all. Generally, the penalties charged on the tax you owe increase over time, but you can minimize them by filing your state return as soon as possible. If your state does charge late-filing penalties even for returns that report a refund due to you, filing sooner rather than later will minimize the amount of penalties deducted from your refund.

Many states offer tax amnesty programs as an incentive for taxpayers to voluntarily pay past-due taxes. Generally, amnesty programs provide you a limited time frame in which you can pay your taxes and receive a waiver of all interest and penalties. In some cases, states are reluctant to waive penalties if you had an opportunity to participate in an amnesty program but still file your return at a later date.

Consequences of not filing

State tax penalties can be just as harsh as those imposed by the IRS. In the most severe cases, the state can even prosecute you for a crime if it believes that your failure to file tax returns was part of a fraudulent scheme. Just like other crimes, the punishment can include time in jail.

However, the majority of taxpayers who don't file their state returns are subject to penalties, interest and other fees in addition to the amount of tax due. And since your account is charged on a monthly basis, the longer you wait, the more you'll pay. Some states can even put liens on your property, seize your assets, garnish wages and intercept a federal tax refund if too much time passes without any tax return or tax payment.

Video: What Are Tax Extensions?

How to Estimate Property Taxes

What Are State Tax Forms?

©1997-2020 Intuit, Inc. All rights reserved. Intuit, QuickBooks, QB, TurboTax, ProConnect, and Mint are registered trademarks of Intuit Inc. Terms and conditions, features, support, pricing, and service options subject to change without notice.Security Certification of the TurboTax Online application has been performed by C-Level Security.By accessing and using this page you agree to the Terms of Use. Accessibility