If you happen be among this country's 1 percent of wealthiest Americans, you should be aware of a few tax rules that are helpful to those with your level of income. 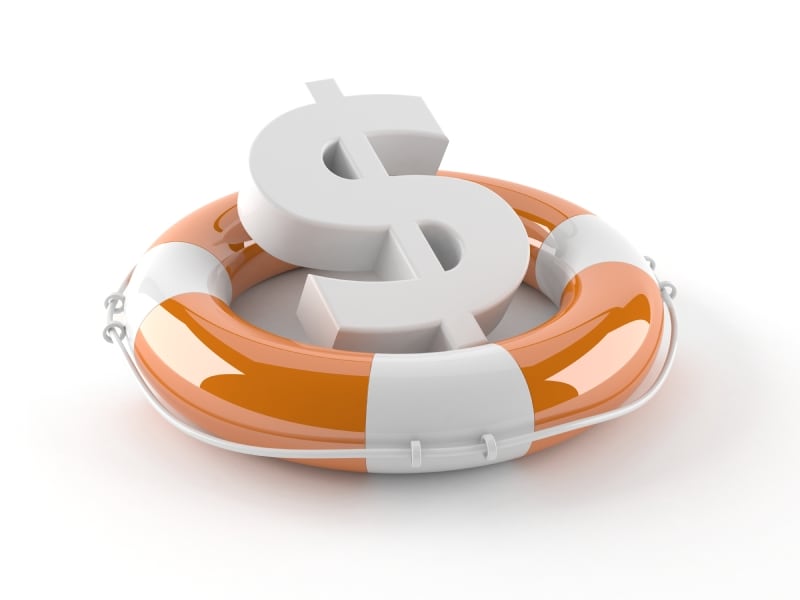 If you happen be among this country’s 1 percent of wealthiest Americans, you are in the highest tax bracket. A number of tax benefits—such as Roth IRAs, for one—are not available to those in this high-earning category. Still, you should be aware of a few tax rules that are helpful to those with your level of income.

The states of affairs

To generate additional income, a handful of states have implemented a “millionaire tax” aimed directly at high earners. “The millionaire tax is designed to ‘catch’ the higher earners that the legislatures feel are not paying their fair share,” said Tim Gagnon, a certified public accountant who teaches at Boston's Northeastern University. “Most millionaires receive much of their income from investments, which do not always get assessed the additional rates and surcharges.”

There are 6 states that have adopted the millionaire taxes: California, Connecticut, Maine, New Jersey, New York, and Washington D.C. (technically not a state but we are still counting it).

In California, high earners are taxed 9.3 percent plus an additional 1 percent surcharge on income over $1 million (this, and all millionaire taxes, are over and above the standard federal tax rate that applies).

While not a true millionaire's tax, Hawaii taxes its rich 11% percent on all income over $200,000 for single filers, and Rhode Island imposes a 5.99 percent tax rate on income over $145,600 regardless of filing status. Connecticut, Maryland, New Jersey, North Dakota, Oregon, Vermont and Wisconsin round out the high tax states, each with varying rates and income caps.

Eight states have no income tax. They are Washington, Nevada, Wyoming, South Dakota, Tennessee, Texas, Florida and Alaska. Claiming a summer home located in one of those states as your permanent residence won’t necessarily help, says Gagnon.

“If you try to renounce (your residency) to avoid taxes, there are many instant taxes that are triggered," he said, "so it is not a viable way to avoid the millionaire tax."

"The millionaire tax is designed to ‘catch’ the higher earners that the legislatures feel are not paying their fair share."

In addition to the obvious advantages of being wealthy, there are a few tax-related benefits. While you might not be able to claim the standard deduction available to most taxpayers, Uncle Sam does provide you with several options tailored for your needs.

“People with higher incomes tend to be involved in more business and investment activities, so they are able to take advantage of the breaks and deductions that are in place for all taxpayers who participate in those activities,” said Karen Reed, spokeswoman for Citrus Heights, California-based Tax Resources Inc.

When a majority of the income for high earning taxpayers comes from wages, the "ordinary," i.e. higher, income tax rates come into play, which means that compensation and other "ordinary" income over certain levels is subject to the highest federal tax rate of 37 percent in 2019. However, Reed adds that if income is mainly from long-term investments, as is the case for many millionaires, the highest rate at which it is taxed is only 20 percent in 2019. However, these investments can also be subject to the Net Investment Income Tax depending on your particular situation.

And because you can afford to “give back” financially to your favorite causes and charities, Reed says there are ways you can almost “triple up” on tax benefits by donating appreciated stock through charitable contributions.

“When appreciated stock is donated directly to a charity, the taxpayer does not have to pay taxes on the gain from the stock. For short-term-gain stock, the donation deduction is limited to the cost of the stock. For long-term-gain stock, the donation deduction is the full fair market value at the time of the donation,” Reed said. “The third benefit of this strategy is that the dividends these stocks pay while owned are taxed at a lower rate.”

And for tax years prior to 2018, purchasing that expensive home ends up being a smart move tax-wise as well. Reed says millionaires are allowed to deduct unlimited amounts of real estate taxes, which means the more you pay for a home, the greater the deduction. Reed explained that you may deduct interest on up to $1 million in home acquisition debt for your primary home and a vacation home. You can also deduct interest on up to $100,000 of home equity borrowing.

Beginning in 2018, mortgage interest deduction for new mortgages is limited to the amount of interest on up to $750,000 of borrowed money. For mortgages existing before 2018, the old rules apply except that there is no deduction for home equity interest unless it was borrowed to acquire or improve your home.

While being a high-earning investor in this country has its obvious benefits, experts do caution there can be a slightly negative tax repercussion from it as well. Some are subject to the alternative minimum tax (AMT), which is a flat-rate charge on the adjusted amount of taxable income above a certain threshold. The exemption is substantially higher than the exemption from regular income tax and was further increased beginning in 2018.

“Many high-income taxpayers, or millionaires, do not pay alternative minimum taxes if their income is strictly wages," said Dave Du Val, vice president of tax services at Tax Resources Inc. "Some millionaires end up paying AMT because their tax rate is so low due to the special tax rates for investment income.”

Du Val warns that once a taxpayer is “in” AMT, it is generally impossible to lower taxes if the tax year has ended and additional planning cannot be done.

Reed noted, however, that there are limitations on itemized deductions for high-income taxpayers.

“The only real way to 'deal' with these challenges," Reed said, "is through vigorous tax planning throughout the year.”

While millionaires have available a number of tax perks, they are excluded from many others because of their higher tax bracket.

“Certain deductions are subject to income thresholds,” said Karen Reed, spokeswoman for Citrus Heights, California-based Tax Resources Inc. “For example, medical expenses are only deductible to the extent that they exceed 10 percent of adjusted gross income for 2019 (7.5 percent for 2017 and 2018), so it is difficult for high-income taxpayers to qualify to deduct their out-of-pocket medical costs.”

Taxpayers in the highest tax brackets are also ineligible for any of the tax credits and deductions associated with higher education expenses — as well as for the generous tax advantages that lower income taxpayers receive from contributing to traditional and Roth IRAs — because of the income caps set by the federal government.

Running for the (Tax) Shelter

Video: How to Claim State Taxes on a Federal Tax Return

Worst Tax States When on a Tight Budget