The myths about who or who does not get audited—and why—run the gamut. But, tax audits do not have to be feared. Find out the real deal when it comes to IRS audits and why most audit concerns are unfounded. 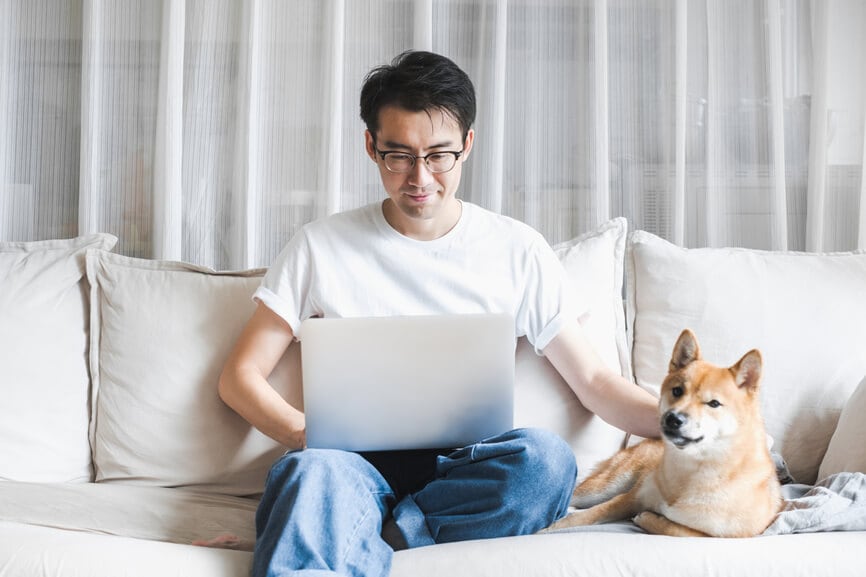 An audit is arguably the most dreaded outcome of the tax filing process, and the situation carries with it some unsettling mystique. The standard nightmare has Internal Revenue Service agents with badges showing up on your doorstep, or the agency—seizing smorgasbord-style—the bulk of your personal assets. But audits contrast greatly from their thriving myths.

“Audits are something most people should not be afraid of,” says Sandy Zinman, tax committee chairman for the National Conference of CPA Practitioners. “A lot of times the government just doesn’t want to do these audits.”

In fact, Zinman says, one of the most enduring tax audit myths holds that an audit is a common occurrence. He says audits are generally “a lose-lose situation” for the IRS because they require a lot of resources and because of the negative image audits project onto the IRS.

“Historically, only about 1% of filers get audited. That’s a real small percentage,” said financial adviser Thomas Jensen, owner and managing partner of Vaerdi LLC in Portland, Oregon. The IRS did not respond to questions regarding specific details of its auditing process, including its total number of audits.

The IRS uses a system called the Discriminant Information Function to determine what returns are worth an audit.

Although the IRS audits only a small percentage of filed returns, there is a chance the agency will audit your own. The myths about who or who does not get audited—and why—run the gamut.

Myth: Be very afraid of an audit

The looming myth out there suggests the audit process is something to be desperately feared. But there are two kinds of tax audits: the "correspondence audit" and the in-person audit. The correspondence audit is the more common of the two IRS audits and some may not even realize it's an audit.

The other kind is the in-person audit. An IRS agent will request an appointment with you to review certain financial information.

“A lot of times it’s a very simple problem to resolve,” Zinman said. “What we’ll see is someone sold some stock during the year and forgot about it (when filing taxes) or didn’t even know what the stock was worth. So they can get a letter asking for information and actually get a refund because they lost money on the sale.”

Tim Clegg, a budget software developer and retired financial coach, says paying a tax preparer may not shield you from an audit. Clegg, who provided tax filing guidance in Volunteer Income Tax Assistance programs for more than a decade, says he has encountered many people who thought that relying on a professional tax service guaranteed a solid, mistake-free return.

“The easiest way for these places to compete is to advertise they’re going to get you the biggest refund and that’s what it says in the window,” Clegg said. “The problem is, the lady down the street or the chain (preparer)—they get way too enthusiastic about getting you the most money back on your return and they screw up.”

In many neighborhoods, particularly in low-income areas, “fly-by-night” tax preparation operations engage in purposeful fraud, Clegg said. The taxpayers often do not understand what they are claiming on their returns.

“Among the less scrupulous preparers, they’ll do family splitting to optimize the Earned Income Tax Credit, like, ‘You take these kids and you take these kids, that way you’ll get $8,000 rather than the $6,000 you would have gotten,’” Clegg said.

Such steps can trigger an audit, interest and stiff penalties, he said.

Myth: Those with low to moderate incomes don't get audited

Jensen said the IRS has ramped up the number of audits it does in response to the country's economic woes. That means people should not think they're in the clear if they do not earn a lot of money.

“(The IRS) is doing audits across the board, for all incomes,” said Jensen. “Over the last few years they’ve been hiring more people for that.”

Still, he reiterates that even though the IRS has increased its level of auditing, the number is a very small percentage of the returns filed.

Myth: Filing for certain deductions or credits increases the chance of an audit

Many people avoid taking certain credits and deductions—denying themselves tax advantages to which they are entitled—because they believe or have heard that taking them will make them more susceptible to an audit, says Clegg.

“I saw many thousands of people who said, ‘No, I don’t want to claim my daughter because she lived with my ex,’ or would not claim certain education credits out of fear," Clegg said. "Fear of an audit would cause people to just hand money over (to the government), money they were entitled to.”

Zinman said triggers for an audit aren't inevitable and automatic. Only when the financial picture painted in the tax return stands out as atypical or beyond common sense should someone be concerned about an audit. He cited the example of a recent client. The individual had experienced financial hardship, dropping from a $350,000-salary job to a $7,000-a-year income and, subsequently, lost his home.

“He is worried about getting audited,” said Zinman. “I told him not to worry about it. There’s nothing to fear. The information is true, and it would come down to just explaining the situation to the IRS.”

The IRS abides by a statute of limitations of three years after the due date of the return, says Clegg. For “substantial errors,” the IRS maintains it can go back six years and recommends you keep most records at least that long. The experts agree: If an audit is going to happen, it will occur in the latter half of the three-year time frame.

“Audits generally always happen two years after you file,” Zinman said. “You’ve got to understand all of the hundreds of millions of people who live in this country and (who) file returns, not to mention corporations. It takes a while for all of these filings to get done and the computer to get through this process.”

Although these are some of the most popular myths, experts say plenty of other misguided beliefs about audits run rampant, some even with their own regional flavor. The bottom line is to understand what the process is all about.

“You know, the American way is to work hard and pay the least amount of taxes that you can. It’s the same even for the people who work at the IRS,” Zinman said. “With filing taxes, you’re making an assertion on your return. You’re basically telling a story. You’re putting forth your story and if you’re questioned, the IRS is saying, ‘We read your story and we want you to show us where you got this info.’

“But people shouldn’t worry,” he said. “They’re not going to just come take all your money. They have a long process to go through before that. You have a lot of rights. If you owe the money, they’ll eventually get it, but as long as you talk to them, you don’t have to fear that something is going to happen to you without your control.”

So many of the myths about auditing are quite narrowly focused on the Internal Revenue Service, suggesting that the IRS is the only entity that matters. That's a big-time mistake says Tim Clegg, a budget software developer and retired financial coach. Many people, he says, get through the IRS only to get “tangled up” with their state returns.

“More of the heartaches I’ve seen have had to do with state returns,” Clegg said. “The IRS is a pussycat compared to a lot of these state (tax revenue) agencies. No one out there is hungrier for revenue than the states. They’re broke and working hard to get money. And they will not be as friendly, by and large.”

He recommends tax filers be at least as diligent and careful when filing their state returns as they are with their federal tax returns.

If you live in one state and work in another, Clegg noted, you must file returns for each state.

TurboTax has you covered

When you file your taxes with TurboTax, you automatically receive access to our Audit Support Center for help understanding your IRS notice, what to expect and how to prepare for an audit, and finding year-round answers to your audit questions. The TurboTax Audit Support Guarantee also includes the option to connect with an experienced tax professional for free one-on-one audit guidance.

For those who want even more protection, TurboTax offers Audit Defense, which provides full representation in the event of an audit, for an additional fee.

What Are Tax Audits?