5 Ways to Reduce Your Taxes for Next Year

Taxpayers can take advantage of some easy ways to lower their tax bill. 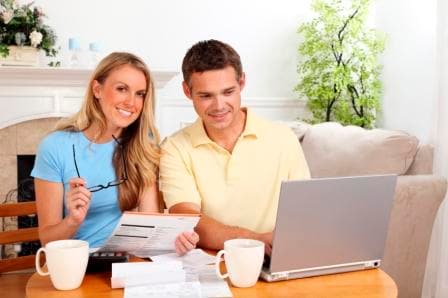 Taxes are unavoidable, but you can minimize the impact they have on your bottom line. Every scenario is different, of course, but one thing is universally true: “Planning is the key to taxes,” says Carol W. Thompson, a tax professional in the Portland, Maine, region. “If you don’t plan, then you’re not going to get anywhere.”

It's also important to understand that taxes are not based on your gross income, but rather on a "taxable income" that can be reduced by deductions or "write-offs." While people with many deductions will itemize them on their tax returns to maximize their refund or lower the amount of taxes they must pay, those without a lot of write-offs will use the standard deduction provided by the government to calculate the tax. Either way, the result is that your taxable income will be lower than your gross income – which means you’ll pay less in taxes.

"Planning is the key to taxes. If you don’t plan, then you’re not going to get anywhere."

1. Feed the IRA, lower your taxes

One reason that financial advisers consistently recommend contributions to a retirement plan as the best way to reduce a tax bill is that most of those contributions—depending on the type of plan—are essentially tax write-offs that don’t require itemization.

Because the money you contribute to a traditional IRA is a pre-tax contribution, it lowers your total taxable income. This means you will owe less in income taxes, regardless of whether you itemize or take the standard deduction. And because in recent years contributions made until the tax deadline have been applied to the return for the previous year, they have been popular among people who scramble to soften the blow of a large tax bill.

Thompson, however, is quick to offer a reminder that traditional IRAs are tax-deferred—not tax-exempt. Deferred taxes eventually must be paid, presumably at retirement. Alternatively, there are non-traditional IRAs, such as the Roth IRA, that don’t soften the tax bill today but could really lighten the burden in your golden years.

Sometimes, to save money on the tax bill, you must spend money elsewhere. Many employers offer a benefit that allows people to chip away at the tax bill using money they had planned on spending anyway, such as dependent care or medical expenses.

Flexible spending plans are pre-tax plans that allow certain expenses—such as dependent care, medical expenses and health insurance—to be paid with tax-exempt dollars. Employers deduct pre-determined, tax-free amounts from paychecks and place them in an administered account that releases the funds when the expenses are incurred. And, because contributing to a flexible spending account also reduces your gross income, your taxable income becomes even lower—keeping more in your wallet.

Thompson raises two warning flags. The first is the "use it or lose it" stipulation, which comes into play if the pre-tax funds aren't used in accordance with the rules. Let's say that Mom deducts pre-tax money to pay the day-care center, but then Grandma starts to take care of the baby. Unless Grandma operates a licensed, approved day-care center and charges for the care of the baby, any pre-tax money Mom set aside for day-care is lost.

Second, you can't use child care for a tax credit. Because the tax benefit was given in the flex-spending plan, that money cannot be used for a credit unless the amount spent exceeds what was deducted pre-tax. Other child-care expenses not paid with pre-tax money, such as some summer camps, would not be impacted.

Charitable contributions offer a tried-and-tested way to reduce the tax bill—and there are a number of ways to give back beyond writing a check. Toys, books, clothes and other used household items may be donated to shelters or other charitable organizations that support the needy.

Expenses stemming from volunteer work can also be a tax benefit, but be careful about what you try to deduct: Your time itself is not deductible, but if you absorb the cost of travel to an event where you represent the charity—whether as a convention delegate or as a scoutmaster driving scouts to a campground—those expenses may be deductible. If you buy an item such as a printer and donate it to a charity for its own use, that also may be a write-off. And remember, your total tax deductions must exceed the standard deduction before they may be applied.

For taxpayers who need extra tax savings, there's a nice little tactic that Thompson recommends as a way of itemizing deductions every other year. By "bundling" some contributions, taxpayers can put what is essentially two years' worth of deductions into a single year, vaulting their deductions over the standard threshold and thereby allowing the use of all of the smaller, otherwise-forgotten deductions.

Take, for example, the person who makes a gift to a church on a weekly basis. One approach might be to take the amount donated over the course of a year and—at the end of the year—match it with a lump-sum amount representing what would have been the next year's donations.

And now that the bundled contribution has taken you beyond the standard deduction, feel free to start piling on all of those other smaller write-offs, too. Start with your wardrobe: Don't forget to clean out your closet and donate clothes in the latter part of the year to take advantage of as many donations as possible. It's a smarter idea than opening your wallet in order to save taxes. Thompson notes, “It’s a far more sensible approach than going out and buying equipment."

There’s a common misconception that buying “stuff” at the end of the year—something like a new laptop computer—can be a quick and easy deduction for your business.

It may be, but make sure it's something that you needed to buy regardless of the tax write-off potential, Thompson said. The amount that’s actually a deduction for "stuff" is usually only a fraction of its true cost. Because many products have a life expectancy of several years, the value is often depreciated, and the deduction is calculated over several years unless the item can be expensed or bonus depreciation taken. In reality, a $500 computer might save only a few dollars in taxes.

Those with home-based businesses also may have some write-offs for the use of their homes, but there are plenty of rules defining what is and what is not deductible here. Only a fraction of home expenses—such as utilities or insurance—is covered, because the expense is only applied to the portion of the house where you work.

Thompson warns those who work from home but have an actual office somewhere else that home office deductions don't apply. You qualify for a home office deduction only if your home is you primary place of business. The same goes with the purchase of a smartphone or any other gadget that many consider to be a reasonable business expense. If the device is used primarily for business, however, in many cases it may be deductible.

Remember, when you use TurboTax, we’ll help you determine what’s deductible and whether the standard deduction or itemizing will give you the best results. We’ll also give you suggestions for lowering your tax bill next year.

How to Correct Federal Tax Returns

Video: What Are Income Taxes?

Tax Time: How to Get Out of Your Own Way

What Are Tax Calculators?

Tax Time: How to Get Out of Your Own Way