When elections start picking up, you might be looking to donate or work with your campaign of choice. But are political contributions tax-deductible? 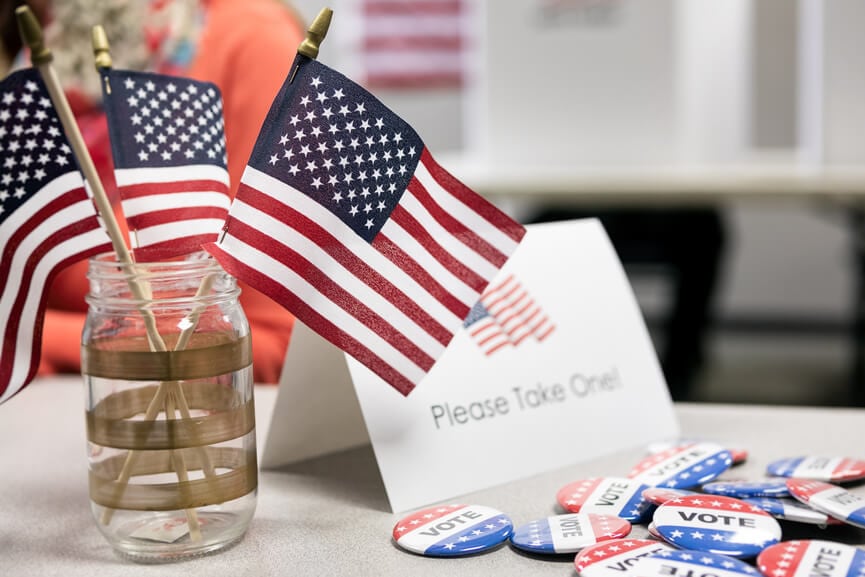 When election season rolls around, it can seem like news and advertisements about political campaigns, candidates, and the elections themselves are everywhere. If you're planning to donate money, time, or effort to a political campaign, you might be thinking to yourself, "Are political contributions tax-deductible?"

No. The IRS is very clear that money contributed to a politician or political party can't be deducted from your taxes.

The following list offers some examples of what the IRS says is not tax-deductible. If you have made contributions, donations, or payments for any of these, that amount can't be deducted from your taxes:

Are political contributions tax-deductible for my business?

No. Your business can't deduct political contributions, donations, or payments on your tax return.

But I thought donations were tax-deductible?

While charitable donations are generally tax-deductible, any donations made to political organizations or political candidates are not. If you’re unsure whether the organization you’re thinking of donating to qualifies or not, the IRS provides a Tax-Exempt Organization Search Tool that you can use.

In most years, to deduct charitable donations on your personal return, you must itemize your deductions. Except that in 2020 you can deduct up to $300 per tax return of qualified cash contributions if you take the standard deduction. For 2021, this amount is up to $600 per tax return for those filing married filing jointly and $300 for other filing statuses.

Common examples of charitable donation deductions include money or property given to:

Common examples of what can't be included in charitable donation deductions include money or property given to:

What if I volunteer for a political campaign? Can I deduct my expenses?

No. If you are donating time or effort to a political campaign, political candidate, political action committee (PAC), or any group that seeks to influence legislation, then anything associated with that work is not a tax-deductible expense.

In contrast, if you have out-of-pocket expenses related to volunteering for a qualified nonprofit charitable organization, those expenses are tax-deductible.

What about electing to give $3 to the Presidential Election Campaign?

You may have noticed or even checked the box on your Form 1040 that asks if you want to give $3 to the Presidential Election Campaign Fund. If you check this box, the money that goes to presidential candidates who elect to use those funds will not actually come out of your pocket. That $3 also doesn't come out of your refund. If you want to support this process by checking the box, that's your decision, but it does not affect your taxes or deductions.

An "in-kind contribution" refers to any contribution other than a money donation, such as giving:

Regardless of whether a political contribution is made in the form of money or an in-kind donation, it is not tax-deductible. However, in-kind donations of goods to qualified charities can be deductible in the same way as cash donations.

While political contributions aren't tax-deductible, many citizens still donate money, time, and effort to political campaigns and to support political candidates. If you are one of those citizens, and you were hoping for a tax break, unfortunately, you won't find one here.

If you're looking to save more on your taxes this year, find out if you're eligible for any of these  10 most overlooked tax deductions.

Are 403(b) Contributions Tax Deductible?

How Does Your Charitable Giving Measure Up?