If you are an employee, your employer withholds income taxes from each paycheck based on a completed W-4 Form. Usually, that's enough to take care of your income tax obligations. But if you are self-employed or make money on your investments or rental property, you may need to make estimated tax payments every quarter, rather than wait until you file your annual tax return. Here's how estimated taxes work. 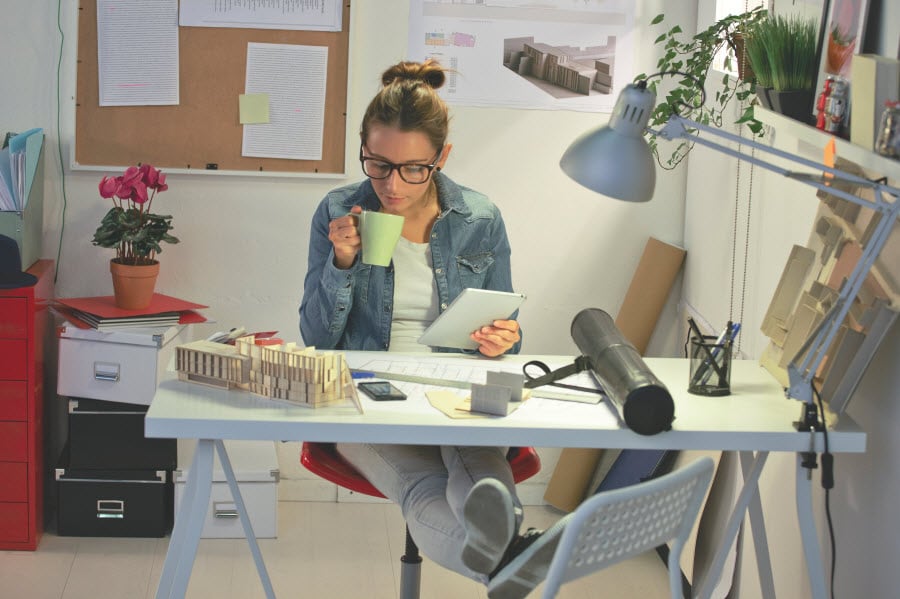 How do I calculate my estimated taxes?

In most cases, to avoid a penalty, you need to make estimated tax payments if you expect to owe $1,000 or more in taxes for the year—over and above the amount withheld from your wages or other income. In some cases, though, the $1,000 trigger point doesn't matter.

Note: If you are a farmer or a fisherman, replace the 90 percent shown above with 66.67 percent. Because many special rules apply to farmers, refer to IRS Publication 225: Farmer's Tax Guide for additional information.

What if my income has jumped?

Most people pay just over 100 percent of their prior-year income tax liability, as long as their business income doesn't change dramatically. But even if you pay 100 percent (or 110 percent if your income is high enough) of your prior year's tax, if your business income has increased substantially, you may discover that you still owe more money to the IRS when you prepare your income tax return, even though you might be exempt from the estimated tax underpayment penalty.

If you find yourself in this situation, a good choice is to pay additional estimated taxes ahead of time, to avoid a nasty bill at tax time. However, this might limit the amount of money to use in your business until your tax return is due.

Another idea is to make sure you plan ahead to have the necessary cash to pay your tax bill when you file. Just be careful because not being able to pay your total tax bill can lead to penalties and interest.

How should I track what I've paid?

After you start paying estimated taxes, be sure to keep a separate record of the dates you paid them and how much you sent for each period. If you don't keep accurate records, it can take you longer to prepare your income tax return, and you may miss one or more of the payments you made. If you pay estimated taxes, be sure to claim credit for them when you file your tax return.

What forms do I need to pay my estimated taxes?

When are my estimated taxes due?

Never accused of oversimplifying things, the IRS doesn't break the tax year into four three-month quarters. The first quarter is three months (January 1 to March 31), but the second "quarter" is two months long (April 1 to May 31), the third is three months (June 1 to August 31) and the fourth covers the final four months of the year.

The installment payments are typically due on April 15, June 15, and September 15 of the current year and then January 15 of the following year. You can skip the final payment if you will file your return and pay all the tax due by February 1. If a due date falls on a weekend or legal holiday, the deadline is pushed to the next business day.

You don't have to make any payment until you have income on which estimated taxes are due. If you know early in the year that you will have to make estimated payments, each of the four payments should be 25% of the amount due.

But what if you receive income during the third quarter that, for the first time, makes you liable for estimated tax payments? Your first payment would be due on the third installment date—September 15—and you are expected to pay 75% of the tax that is due. You will need to use IRS Form 2210 to show that your estimated tax payment is due because of income during a specific time of the year. If not, the IRS assumes that you had the income throughout the year and simply underpaid your estimated tax. This could lead to a penalty.

To hold your payments to a minimum, base each installment on what you have to pay to avoid the penalty, using any exceptions that benefit you.

If you have a tax refund coming from the IRS, you can elect on your return to have part or all of the money applied to your estimated tax bill for the following year. Although the IRS doesn't pay any interest on such advance payments, it may make sense to use the refund to pay the first installment (typically due April 15) and perhaps even the second just to save yourself the hassle of writing and sending in the checks.

Also note: If at least two-thirds of your gross income is from farming or fishing, you have only one estimated tax payment for the year, which is due by January 15 of the following year. You can even skip making the single estimated tax payment as long as you file your tax return by March 1 and pay any tax due in full.

When can I avoid paying estimated taxes?

If you expect to owe less than $1,000 in income tax this year after applying your federal income tax withholding, you don't have to make estimated tax payments.

If all your regular income comes in salary and your employer is withholding enough taxes on your pay, you should not need to pay any estimated taxes unless you suddenly strike it rich by selling stock at a large profit or winning the lottery.

If you start a side business (and you report your income from that business on Schedule C) while continuing to work for an employer who withholds from your paycheck, you may be able to increase your withholding at work so that it equals what your tax liability would be for the entire year, or is enough to meet the exception for last year's tax liability that we told you about earlier. In that case, you will not need to pay estimated taxes on your side business.

Some retirees avoid the need to make estimated payments by having enough tax withheld from required distributions from IRAs and other income sources at year-end to cover their tax bill for the year. You can even have federal income tax withheld from your Social Security income if you are receiving benefits.

Are there any reasons to pay the penalties?

We can't think of any good reason. Ignoring the rules might save you some time during the year, but you'll pay the piper come tax day.

With TurboTax Live Full Service Self-Employed, work with a tax expert who understands independent contractors and freelancers. Your tax expert will do your taxes for you and search 500 deductions and credits so you don’t miss a thing. Backed by our Full Service Guarantee. You can also file your self-employed taxes on your own with TurboTax Self-Employed. We’ll find every industry-specific deduction you qualify for and get you every dollar you deserve.

Let a tax expert do your taxes for you with Live Full Service Self-Employed.

Backed by our Full Service Guarantee

TurboTax Self-Employed searches 500 tax deductions to get you every dollar you deserve.

How to Estimate Federal Withholding

Make Withholding Changes Work for You

A Guide to Paying Quarterly Taxes