The earlier you begin socking away savings, the much better off you'll be in your "golden years." By using some tax tips, you can end up paying little or no taxes after you retire. 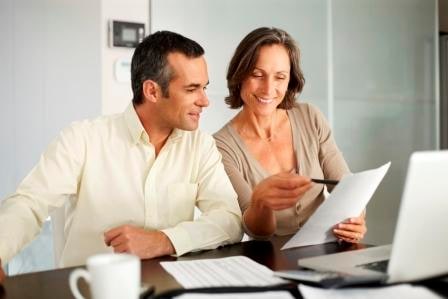 It's natural to put off retirement planning—there are families to raise, college tuition to pay, and life to be lived. However, the earlier you begin socking away savings, the much better off you'll be in your "golden years." Using some tax tips, you can end up paying little or no taxes after you retire. It's a very good reason to make solid planning a priority—no matter how old you are.

How much is enough when it comes to retirement

The number that's being buzzed about in the retirement-planning world is 135 percent. That's the new "replacement ratio"—basically the percentage of pre-retirement income that one needs to earn yearly to maintain a consistent level of comfort in retirement.

The long regarded number for one's replacement-ratio was much lower—a mere 75 percent of income (from pensions, 401(k)s, Social Security, IRAs, and earned income).

Dan Ariely, a professor of economics and behavioral finance at Duke University, is the author of a 2011 study that blew the lid off many Americans' retirement plans. His study caused some backlash within the finance community, but the bottom line is that you can never be too well-prepared for retirement, whether you've planned for 75 or 135 percent.

Critical choices: Where to sock away savings

It's tough to generalize retirement-savings plans for a broad audience, but it's clear that Americans do not excel at saving. In 2006, the Employee Benefits Research Institute reported that more than 50 percent of workers between the ages of 45 and 54 had less than $50,000 saved for retirement. A 2007 Fidelity Investments study revealed the average baby boomer has prepared to replace only 62 percent of current income in retirement—and that includes Social Security and pension income.

Christopher Kimball Financial Services is a Lakewood, Washington-based firm that specializes in retirement planning. Founder Christopher Kimball says, "A good rule of thumb is: If you want to withdraw $40,000 to $50,000 per year, you'll need roughly $1 million saved."

Another key, in financial-planning terms is to have "buckets" prepared well in advance of retirement.

"Everyone should have three buckets: Savings, taxable investments (such as 401ks, traditional IRAs), and a tax-free bucket (a Roth IRA)," says retirement and estate-planning expert Scott Cramer, president of Cramer & Rauchegger in Winter Park, Florida.

Kimball agrees: "Diversifying not only in what investments you choose, but also what kind of tax treatment those investments receive, is crucial."

Generally, with tax-qualified, tax-deferred retirement plans such as a traditional IRA, 401(k), or 403(b), all money taken out is treated as taxable income.

"When you take a large distribution, it could push you into a higher tax bracket so you end up paying more in taxes than necessary," Kimball said. "Simply taking half the distribution at the end of December and the other in January could help spread out the tax hit and potentially reduce your overall tax bill for the distribution."

Cramer, who has helped some of Bernie Madoff's victims get back on their feet, says the tax burden can be less if you spend your Roth IRA and savings before you spend a traditional IRA.

For those people nearing retirement who haven't saved as much as they should, Kimball says they should max out whatever company-sponsored retirement plans are available.

"You should be funding your IRA as much as possible," he said. "There are only two options in retirement: You can be working for your money or your money can be working for you. You have to be realistic and ask yourself if you really can retire when you'd like. During retirement, it is critical to monitor your investments and current tax law. You should be positioned to take money from whatever 'bucket' is most beneficial at the time."

Maxing out a plan

Cramer has advice for people in their late 50s still in the accumulation phase.

One of the best ways to accumulate savings is to max out the employer match—usually a 401(k). "It's free money," Cramer said.

"If you still have more money to invest, split it equally between a regular savings account and a regular 401(k)," he said.

If you are already retired, start looking closely at your 1040s.

"When I look at someone’s 1040, I look at what is generating their taxes: Their pension, IRA distribution, interest, capital gains, dividends, Social Security," Cramer said.

Dan Yu is the managing director of EisnerAmper Wealth Advisors LLC in New York City. He works with high-net-worth corporate executives nearing retirement or in retirement. The real nitty-gritty of his job, he says, is the question, "How do I fund, potentially, a 30-year retirement?"

Yu says people planning retirement of any length have a big responsibility.

"It’s rare to have a pension; we need to look out for ourselves," Yu said. "The volatility of the market has also been extremely challenging."

Yu is also a fan of the Roth option. There is a mandatory distribution from 401(k)s and IRAs at age 72, and it's taxed as normal income (required distributions were suspended for 2020). A Roth is non-taxable and distributed at 59 1/2. Yu advises people to invest 60 percent to 65 percent of their money in a Roth, and uses the "bucket" analogy again to explain his point. "If I have those three buckets, it’s ideal," he said. "You can name your children or your grandchildren as beneficiaries."

Ultimately, saving for retirement is an individual responsibility, and it's never too early nor too late.

"Use buckets and diversify," Yu said. "Understand your own risk profile. If you get older, dampen your volatility. Take on the onus of educating yourself—it doesn’t have to be daunting. Empower yourself, try to help yourself learn."

A secret tax tip for pre-retirees

"Most people don’t know this, but if you get fired or leave a company at the age 55 or older, if the company's plan allows, you can take money out of the 401(k) plan without the IRS early withdrawal penalty. If you leave a job and roll your 401(k) into an IRA, however, then the money isn't accessible without the 10 percent IRS penalty. But if you get a new job—even if you only stay a month—that also offers a 401(k) and allows you to roll your IRA into the plan, you can roll your IRA into the new 401(k). When you leave that company, you'll again be able to take out the money without the 10 percent penalty—because now it's back to being a 401(k)."

Are 403b Contributions Tax Deductible?

Tax Tips After You Retire

When Does a Senior Citizen on Social Security Stop Filing Taxes?